Before we start to review this week’s wine, lets talk about the age long debate among the wine industry peeps about Brett (Short for Brettanomyces) If you polled 400 Sommeliers or Wine Reviewers 200 would say they love Brett and 200 would say it is a fault. I am somewhere in the middle. First what is Brett?

While many have mistaken this funkiness to just be a normal characteristic of certain wines, the reality is that it’s really the result of the presence of brettanomyces, a natural yeast that tends to thrive on fruit skins and can create a number of aromatic compounds in wine that evoke stinky, barnyard-esque descriptors.  It tends to be most prevalent in wines with minimal sulfuring and cellar intervention.  Famous expensive cult wine from Lebanon Chateau Musar is purposely using BRETT to give the evolving characteristics of their wines. The French call it Animal in their descriptor. I prefer a winery like Musar that admits they use this yeast to give certain funk to their wines that some love and some don’t rather than the French that won’t admit there is Brett and just toss it up to that is the FUNK or ANIMAL notes of their Terroir. Call a Spade A Spade. I personally enjoy a little Brett that is not over the top in my Red wines… others do not.

Breweries are Using Brett in Beer 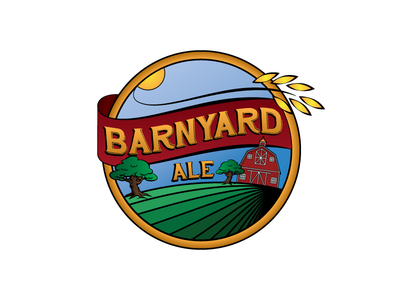 Many breweries are actually purposely adding this yeast called Brett into their beers like Stone Brewery that says on the label with “Brettaonomyces” to add a sour or rustic flavors to the beer. As you can see by the picture above…there is a reason this brewery calls their beer “Barnyard Ale” using Brett to give you the “Animal” profile as the French would say.

The Loire Valley Reds from the province of Touraine in areas that are producing world famous Cabernet Francs like Samur-Champigny, Bourgueil and the ever more popular Chinon region , there are always Brett in the wines from these areas from top producers. I love Cab Franc especially from Chinon and love the so called “Animal Aromas” but let the truth be told, this is Brett. Some are way over the top for me even and some have just the right balance. I just wish the French would admit to Brett or try to get it under control instead of using the excuse of their Terroir or identifying aromas of these wines as”Animal”

Chateau de Coulaine is a family-owned estate rich in viticultural tradition which has been operating continuously since 1300! Since 1988, Etienne de Bonnaventure has assumed all viticulture and winemaking responsibilities and has grown the estate to its current 12 hectares, all situated on Chinon’s plateau. Planted to 100% Cabernet Franc, vineyards are organically farmed, all grapes are hand-harvested and vinification follows a non-interventionalist path. Coulaine’s low yields  result in a deeply concentrated, savory and succulent expression of Cabernet Franc with ripe and polished tannins – a harmonious balance between the traditional and modern worlds……and Some “ANIMAL” lol  It is one of the top 10 producers of Cabernet Franc in Chinon. Let’s review the 2016 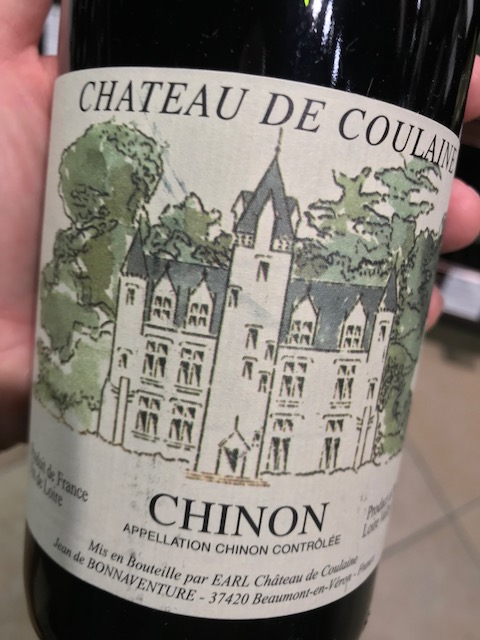 This wine is 100% Cabernet Franc. All native yeasts indigenous to the region, 100% Biodynamic and 100% Organic. Cold maceration on the skins and low Sulfite use and spends most of it’s time in Concrete Vats. This is as Au Natural as Chinon gets. 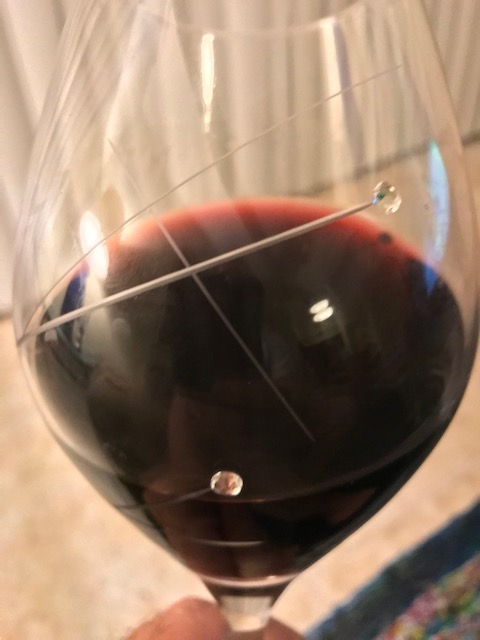 Give this wine some time to breathe. It actually was more enjoyable on day 2 as many young wines from this region are. Dark purple color with a lighter ruby red on the rim. As spoken about above and more present on the first day than day 2 aromas from the “Brett” which lately I find in every single red from Loire. This wasn’t offensive to me or over the top “Brett” but a little wet “ANIMAL” and barnyard and banana peel on the nose mixed with more classic Loire Cab Francs bouquet of Jalapeno Pepper, Red Fruits, Violets, Savory Herbs. On the palate a light to medium frame with a juicy mid palate full of all tart red fruits, of red bitter cherry, red currant, red plums not backing off on the back end to a finish of chalky tannins, and pomegranate meets cranberry finish. I liked the wine. Food pairings: grilled veggies, fish, light white meats. A solid table wine that would be better with food than without.  I am going to score this 87 points out of 100 due to the “Bretts” which I enjoy but many won’t. 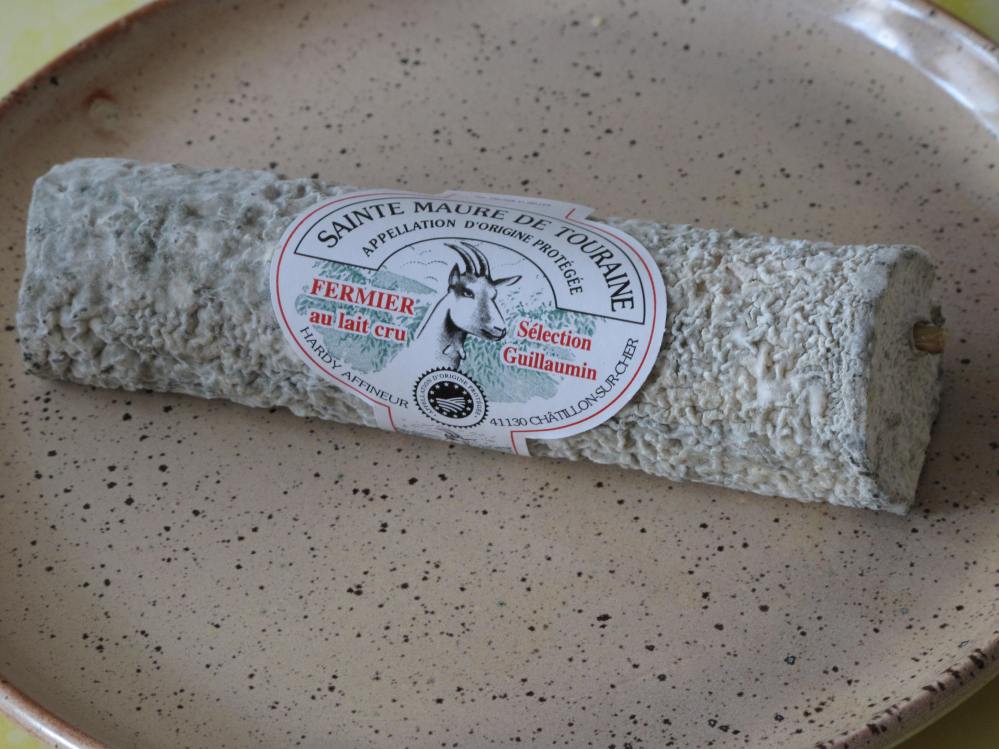 Goat cheese is the classic pairing for Chinon especially if you can find the well known goat cheese with a little ash on the outside from the province of Touraine pictured above called Sainte-Maure=De Touraine but any goat cheese will do. I actually had some Iberico cheese from Spain which is a semi hard cheese made from sheep, cow and goat’s milk. It was solid on the pairing.

I love Cabernet Franc. I especially, as many of you know, love Cab Francs from Washington State. Personally I think they do the grape justice like no one else can. I enjoy Chinons and many high end Restaurants in New York are selling more Chinon than Bordeaux as they can be drank at a younger age, less expensive and very versatile with food. The big however still which I want to emphasize here is… “THIS WINE IS NOT FOR EVERYONE” The big debate about “Bretts” in Wine will go on forever. Some say it gives the wine that “Animal Terroir” aromas and I side with the other 50% that say “Bretts will always be considered by me as a FAULT in a wine not an enhancer” even though I enjoy a little Animal or Rusticity in my French Wines! It still is a fault that should be either admitted to or corrected. If you enjoy Old World wines I would shell out the $16.99 for this Chinon and you will be happy.