“My friend Sheila told me I had to try Menage a Trois”. “I really don’t like Red Wines but I love Apothic Red”. “Do you have Cupcake Red Velvet?” These are phrases that every wine retailer in America hears on average 50 times per day. So many white wine drinkers are trying to make the switch over to red wines and they can’t find a wine that doesn’t have the drying Tannins (Coming from the Red Grape Skins, Seeds and Stems) that most red wines have. Then they hear about the following wines shown here : 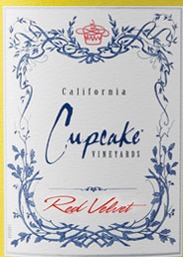 These are all fruity, silky red blends. Some with 3 grape varietals like Menage a Trois contain Zinfandel, Merlot and Cabernet Sauvignon. Apothic Red, contains 5 different grapes. Cupcake Red Velvet has 4 Different Grapes. The common bond they ALL have is the one grape varietal that is the main reason white wine drinkers switching to red wines like these products: ZINFANDEL (And no..not the pink stuff with the same name…and if it’s pink why do they call it White Zinfandel? Check out a previous article on this blog with the answer to that) For years there has been an argument between the Italians who have been claiming that their ancient grape varietal PRIMITIVO is what California refers to as ZINFANDEL. The Zinfandel producers in California have been saying since the early 1900’s that there is some similarity between Zinfandel and Primitivo but they are totally different! UC Davis is a famous viticultural university in California. Just like the Jerry Springer show samples of Primitivo were sent to UC Davis along with California Zinfandel for DNA evaluation and study. THE EVIDENCE IS IN (DRUM ROLL PLEASE) 1994: Carole Meredith, also of UC Davis, confirmed by DNA fingerprinting that the Zinfandel grape and the Primitivo grape are genetically the same
The evidence was so convincing that many California Producers will soon start labeling their Zinfandel Wines as “California Primitivo”
I have to ask why would anyone drink the imitations from California when for the same affordable prices they can drink the original? Some Primitivos from Italy (mainly grown on the heel of the boot of Italy in Puglia and Manduria) are actually labeling their wines as Primitivo AKA ZINFANDEL

I have spoken about Winemaker Gregory Perrucci from Academia dei Racemi in Manduria, Italy in previous blogs however when it comes to Primitivo “HE BE DA MAN!!!” Racemi produces a Primitivo in Manduria from ancient vines called Portile (See Video The Real Red Zin) that retails for under $10 per bottle and is delicious in most vintages. I preferred the 2010 to the current 2011 being sold but the quality of the wine is still a better option to the brands of red blends being sold in Supermarkets and Drug Stores pictured above that contain at least 80% Zinfandel. My favorite Primitivo from Racemi is Giravolta.

The 2010 retails for under $20 per bottle and contains 14% Alcohol. It is a silky explosion of black fruits with a hint of licorice and a coffee finish. This can be compared to a California Zin that costs $30 per bottle and due to Global Warming and rising temperatures in California putting crazy amounts of sugar which equals alcohol contain 16% Alcohol which is enough to burn a person’s Esophagus!!!
And if you want the REAL Menage A Trois Gregory’s ANARKOS is a blend of 3 grapes from Manduria: 60% Primitivo (Zinfandel), 30% Negramaro, and 10% Malvasia Nera to add a hint of sweetness. Anarkos has been discussed on my blog before but not only me, America and the World loves this Red Blend! It drinks like liquid silk.

Go to your local wine retailer and start saying “My friend told me about Primitivo”. “Do you carry Anarkos?” “Where are your Primitivo Blends?” White wine drinkers who are switching to red wines, I am speaking to you here! It is Zinfandel or Primitivo that is the link to all the wines that you have been drinking up until now because it is a fruity, silky easy to drink wine without the drying Tannins. The Jury Deliberated and has made a decision. Primitivo is gentically the same as Zinfandel from California. You can’t argue with the EVIDENCE!!