If you would have asked a young Eric Solomon what he wanted to do when he grew up, he would have told you he wanted to be a rock drummer, or a classically-trained percussionist, in earshot of his parents. So at 18 he found himself in London as the understudy to the principal percussionist for the London Symphony Orchestra as well as a rock-drummer in several bands. Neither position paid well, so it was pure luck that walking into his neighborhood wine bar looking for employment, he would discover his true vocation.

Starting as a bartender, the lanky yank caught the attention of the proprietor for his aptitude and eagerness to learn and soon he was making selections for the wine list. Eventually he was sponsored to the Institute of Masters of Wine where he excelled in its rigorous course of study. Unfortunately this was cut short when the UK government realized that he had overstayed his student visa.

He started off with a solid portfolio when he started up European Cellars in 1990 and still has a solid list of French wines. To me, he is all about Spain. Not all of Spain but specifically he became one of he pioneer importers of wines from Priorat about 2 hours south of Barcelona. For his pioneering efforts, Eric has been recognized by Robert Parker as his Wine Personality of the Year for 2002, remarking, “Solomon has a great talent for ferreting out spectacular wines from France and Spain. The quality of these selections is remarkable.” To me, especially Priorat, Spain, Eric may be the finest wine importer the United States has.

This is a joint venture by three vinous powerhouses: Rhône négociant Michel Tardieu, his winemaker Philippe Cambie, and importer Eric Solomon. From one of the 9 villages in Priorat, Bodegas Mas Alta is from La Vilella Alta. The property is abou 35 hectares or 75 acres of land with vines aging from 10-100 years old. Mostly Garnacha, Carinena, some Cabernet Sauvignon. What makes Priorat so special is the composition of the soil or lack of soil. It is mostly Schist or a Black Slate material called “llicorella” 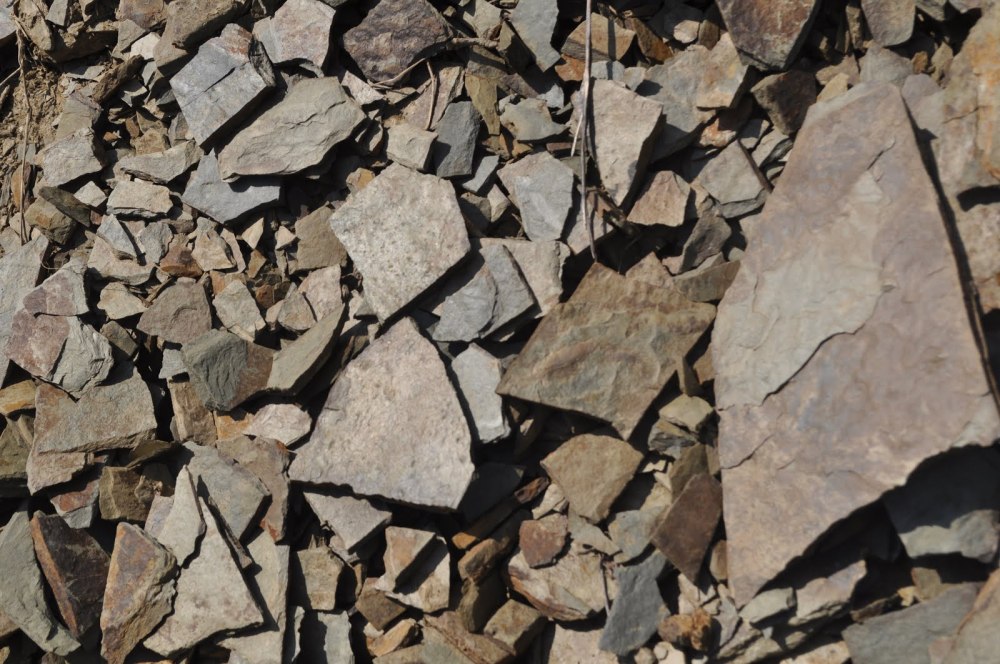 This slate gets really hot which transfers to the vines for ripening and more importantly the old vines want water for nourishment and they go way deep into that Slate to get their water which not only picks up minerals from the slate but produces very small grapes with highly concentrated flavors. 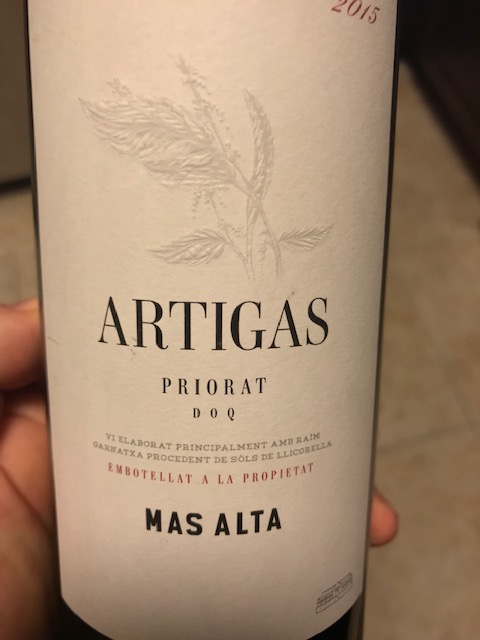 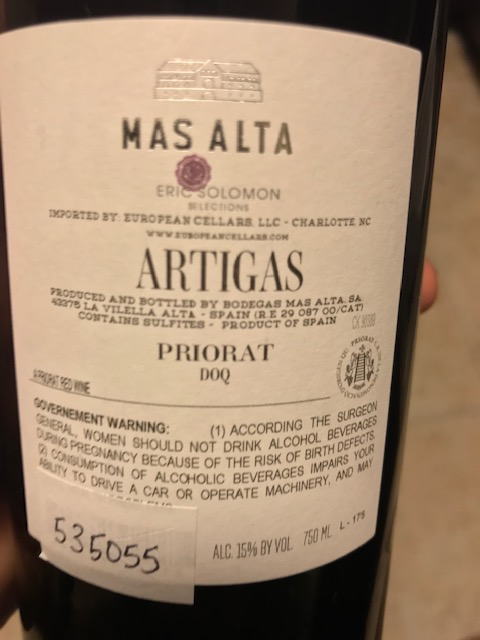 Artigas translates to English as “Broken Up New Land”. By the looks of that Broken Slate the name is fitting. Of all the cuvées produced at Mas Alta, Artigas has the highest percentage of Garnacha (about 70%), with Cabernet Sauvignon and old-vine Carinena making up the balance. The wine is certified organic. Hand harvested, partially de-stemmed, fermented in concrete, 30 day maceration with the whole clusters in the concrete vats. The vine age in this vintage are between 15 and 90 years old. The wine is aged 16 months in 100% French Oak and only 35% New and the rest used. Due to the high concentration of sugar in the old vine grapes you can expect anywhere from 15-16% ABV This vintage has 15%. Let’s review

Typical old vine Garnacha Color, being a dark purple, dark and almost black in the center and a lighter violet towards the rim. Medium body. Aromas after 1 hour were smoke, purple flowers, blackberry, black cherry and minerals. On the palate, it is extremely intense all from beginning to end with the ripe tannins playing well against the intense, lush flavors of black raspberry, blackberry, licorice, cracked black pepper and earth with an abnormally but welcomed long finish. It is textbook Priorat. It is textbook 2015 Priorat which was RIPE but in no way a fruit jam bomb. This wine could age a decade or more but at this point this is ONE HECK OF A BOTTLE OF WINE. I would expect nothing less from an “Eric Solomon Selection” ALL reviewers are in the range of 90-94 and I am going to go 92 points on this wine out of 100 and highly recommend this at $29.99

It may be selfish of me to say I am glad Eric Solomon didn’t stay in the Drummer Business and became a Wine Importer. I love his French wines but again to me he is the best Importer of Spanish Wines in the USA and a Pioneer of properties in Priorat. I can see this wine with grilled meats, cured manchego chesse, grilled duck breast or even a great selection of Spanish Tapas with lots of Oil Cured Black Olives. It’s a bit of splurge for most average wine consumers at $29.99 but it is a treat to share this with someone special or even yourself. Artigas may mean Broken Land, but this Eric Solomon Selection from Bodegas Mas Alta is NOT BROKEN. If it ain’t broke, don’t fix it. Buy this wine!!

Not A Bad View Of Mas Alta