Ciao Mates. Every month or so I have to do a review on one of our Direct To You Wines at ABC Fine Wine And Spirits in Florida, from Australia. The section in most retailers, not just ABC, looks more and more pitiful every time I look at it as most consumers sadly are only interested in the lower cost, mass produced wines. That’s a shame. There are some that many palates consider way over the top jam bombs from that area with high alcohol and many are world class wines. 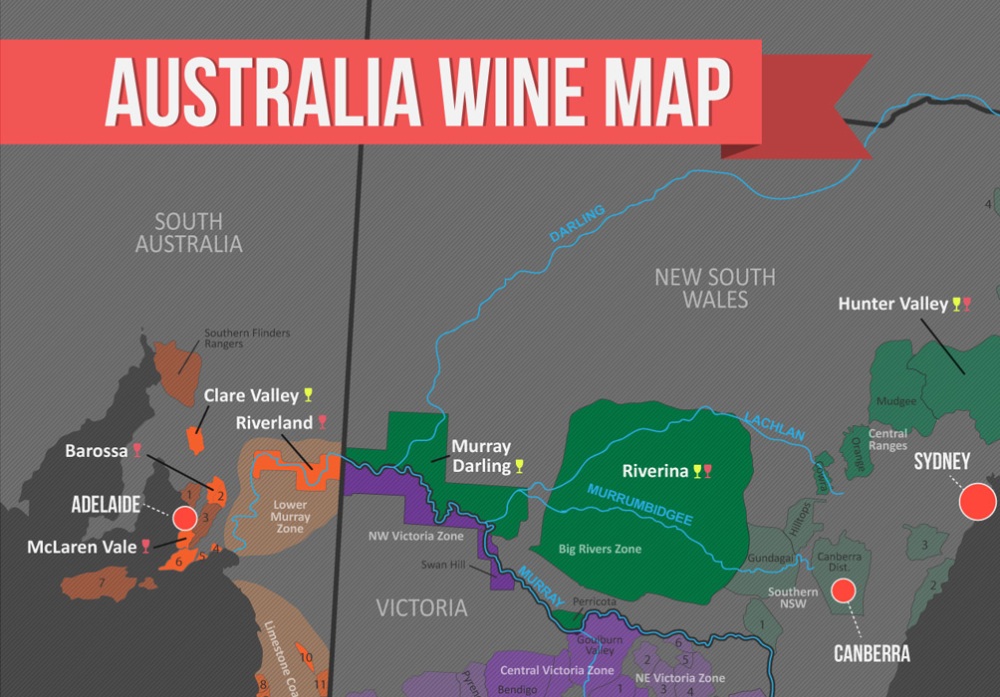 To me for the reds, it’s all about the South Australia area and the areas around Adelaide of Barossa Valley and McLaren Vale and The Clare Valley. If you look at the map, although I do love some from Barossa, my palate seems to prefer Mclaren Vale as it is a much more Maritime Climate and cooler so you will find some great Whites and the Reds have a little more restraint and elegance. It is even more interesting when an Italian Family years ago comes to Australia and sets up shop and having an Old World Mindset in a New World Terroir.

The Serafino story began in 1964 when Steve (Serafino) Maglieri arrived in Australia from Italy as a passionate teenager full of dreams.Two years later, with the assistance of his father Giovanni, he planted his first vines in McLaren Vale that now extends to 350 acres, laying the foundation of a winemaking dynasty that today is known as Serafino Wines and overseen by his daughter, Maria till this very day! Believe it or not in the 1990’s Serafino became know in Australia as the “Lambrusco King” and till this day they still produce this Italian Bubbly. Today Steve’s daughter Maria Maglieri is the driving force of Serafino Wines, forging ahead with traditional McLaren Vale varieties as well as exciting Italian-style wines such as Fiano, Lagrein, Vermentino, Sangiovese, Pinot Grigio, Nebbiolo and Primitivo plus the Spanish variety Tempranillo

On the left is the beautiful Maria Maglieri. On the Right is the current winemaker of Serafino Wines Charles Whish. Charles had done some bottlings in Napa, and a lot of work in Bordeaux and he has been bringing in the Accolades since joining the Maglieri family as head winemaker. 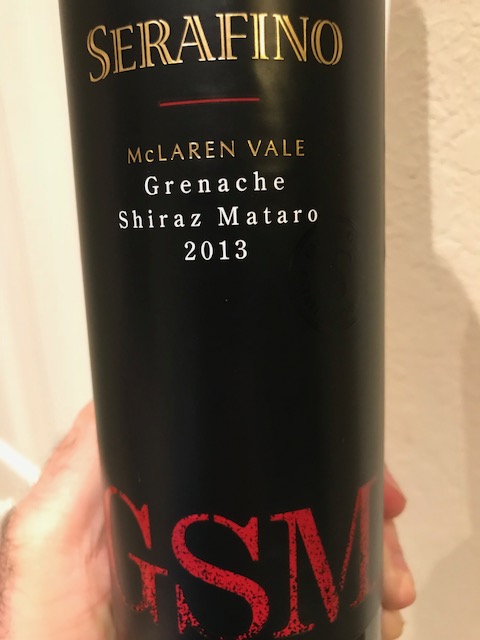 GSM: Grenache, Shiraz, Mataro (Mourvedre in France). The bulk of this wine is Grenache. Australia is famous for these GSM Blends. The alcohol on this one is 14.5% I wanted to go in open minded but when I read that this wine is fermented and aged in 60% American Oak 10% New, 40% French Oak 10% New I was a little scared to taste. Now this is my palate. I hate American Oak. Different types of Oak imparts different flavors and aromas into the wine especially new oak and I would rather see little to no American Oak used in my personal wines. Hey, but I am here to review for YOU, not for my personal taste. Some consumers love American Oak. The soil where these vineyards are located are primarily clay and sandy which is the kind of Terroir I like so lets see what we have here:

As you can see on the color we have a nice dark garnet with a slight purple hue around the edges. A solid medium plus on the body. On the nose after 2 hours of aeration and 20 minutes of chilling down to 67 degrees, a very intoxicating nose of wild berries and lots of blueberry as well and rose petal floral notes. What threw me for an unbiased loop is also aromas of PICKLES MEET COCONUTS mixing in there. Even on Day two this is certainly there. Its not a green vegetal note of the Grenache it is the American Oak known for these types of Aromas. One man’s Dill Pickles is another man’s Fruit I guess? On the palate, very very juicy style, solid mouthwatering acidity in balance, tasting some licorice mixed with huckleberry , blueberry, spice and the finish is a defined very intense orange peel astringency with a medium lasting finish. My lips felt like they do after eating a Mandarin Orange 10 minutes later. With food of any kind, made a huge difference and this would be a great backyard BBQ wine especially some Baby Back Ribs or Pork Tenderloin. I will score this wine 87 out of 100 as I know this is a wine that many of my guests would like as well as knowing it is a wine that many of my guests would not.

The wine sells on the internet for $28.00. ABC’s current sale price is $20.99. So this is not most people’s everyday wine price. Then again this isn’t a wine to just sit home and chill out with. It is a wine you would probably be a hit with at your next backyard BBQ here in South Florida or in other cooler climates… Spring  is right around the corner. For that purpose I would recommend this wine to a guest that had that purpose or was trying to pair with a certain meal. In conclusion I have had GSM’S From Australia and I love many and I think I COULD have LOVED this one. Charles Whish you  are a talented winemaker obviously, I personally WHISH you just used less American Oak or None at All.